The Sad and Sorrowful Tale of Aetherknight

This is a tale of woe, of inside jokes, mockery and profanity. You’ll learn the value of a quality Richard Nixon impression, uttering the words “I SHOULD DRIVE THE SIEGE ENGINE.” You’ll feel the exhilaration telling a guild leader to fuck himself and his guild vault. You will come to appreciate the notion that some people are not meant to play World of Warcraft. And you will, from this day forth, see footwear as nothing more than a meme. But this is a tale of revelation and of self-awareness, so I warn you, dear reader, that these tales do not often have a happy ending. Our story begins as all poignant tales should: it begins with a dude falling off a horse. 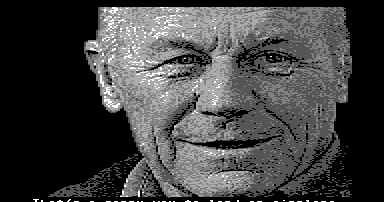 4.37. The Sad and Sorrowful Tale of Aetherknight

Couple of things, could just be me being tired though.

“I think the problem at hand,” I typed, “is that you are suffering from the same problem that plagued Divineseal. He considered himself an expert player, and gave advice every chance a question popped up in guild chat. The problem was: he wasn’t qualified to give advice because he was a bad player. And while he may have put effort into improving his play, he put no such effort into his attitude.”

Conversation with aetherknight or blain? Not really sure here.

I gave Aetherknight the same tools I gave Divineseal, but this motivational email only lasted for a few short months.

I’m shocked you didn’t consult me on this one! I think there might be quite a few things mixed up here…

He did run on our 10-man for a brief time but the item level incident did not occur during the 10-man but rather the 25-man in an argument with Cheeseus, I believe! In our 10-man, he got super stressed over a few wipes on a hard mode and started calling out team members like Randy, who made a joke after a wipe and had to tell Aether to get the stick out of his ass, basically.

How I recall the whole thing going down was when he suggested he take the siege engine role in 25-man contrary to the assignments that Cheese already posted on the forum. What basically went down is he said that and his reasoning was about item level scaling with the vehicles. He then went on to talk about himself saying that he was one of the highest average item level Paladins on the server and that his “skills” would be wasted in the vehicle Cheese wanted him in. Cheese being himself didn’t give a shit about his item level and told him as such.

I believe Tyler/Omaric/Ikey ended up turning it into a strictly boots joke when we were all making fun of him for being so focused on item level after the fact, and thus a DoD meme was born. So he didn’t actually mention the boots himself but that was all of our way of making a mockery out of his hyper-focus on his item level while unsuccessfully trying to debate with Cheese.

I believe it was Cheese at that point and not Blainne but the rest is pretty true from my memory! Hell, it could have been Blainne but someone else might wanna confirm that.

Oh yea, I remember the siege engine in 25 man! I can’t remember if it was cheese or blain though, my memory is to shit for things like that

I know it was when we were doing heroic of that fight, but I don’t think that helps because didn’t we do heroic after like the first time we killed him?

the sliders extends far into the distance

“the slider extends” or “the sliders extend” either/or

while I continue grind up

I edited this post way down (as you might imagine) and re-wiring it to clarify this additional content might be excessive for the reader. Perhaps I’ll have a way to edit it much later (eBook?) but for now it may have to stand as is.

So he didn’t actually mention the boots himself

I’m getting the distinct feeling from several of you that it reads like I’m implying he muttered the words himself, which is not the case at all:

One of the downsides of using something like Vent to communicate is that you aren’t often aware of the snickers that go on behind your back. Nobody really presses their “key to talk” to let you know they’re laughing at you. Aetherknight was oblivious to the meme taking root, a hyper-extended long /u/, muttered as if it came from a zombie bearing down on its cerebral dinner

I thought I had made it reasonably clear that it was Starflex doing this behind his back, and he had no knowledge of it because they’re weren’t transmitting over Vent. If that wasn’t conveyed, maybe I need to re-write this part.