[To: Crasian] I'm afraid I can't give you a re-invite.

Because you’re a selfish, ungrateful bastard that conspired against my guild. 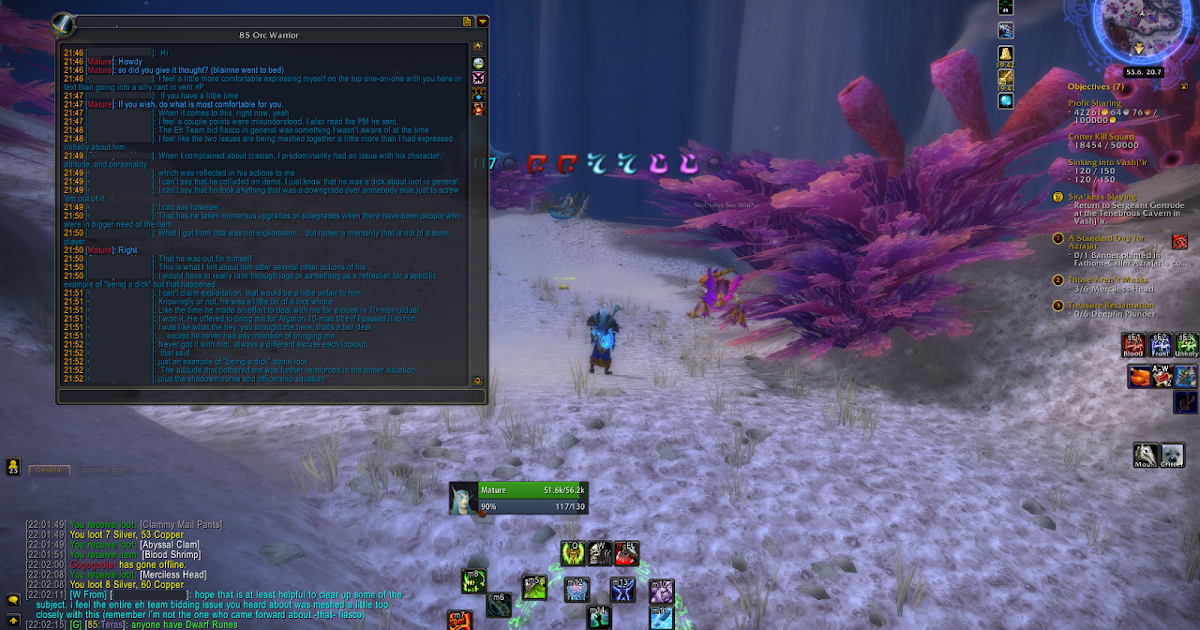 Crasian attempts to return to DoD, only to realize he faces allegations of selfishness and corruption.

“OK, I guess you’re right, it was more of a loot council, then, but we were pretty fair about it how we worked out who got what.”

Unless you are copying this verbatim I would go with a comma after “it”.

"This ‘agreeing’ before hand that you did while in Eh Team maybe have been Eh Team’s business in the 10-Man, Crasian. But when you started to do it in the 25-Man…that’s collusion.

This is a bit clunky, lets clean it up a tad: “This ‘agreeing’ that you did beforehand while in Eh Team 10-Man may have been your business Crasian, but when you started to do it in the 25-Man…that’s collusion.”

" I guess when you say it that way

[quote]
“Ah, jeez. Ok. Let me think. Well the trinket in ToC was one for sure, what was that, Death’s Choice?”

“The trinket you just named, Death’s Choice. It drops in 25-Man Tournament of Champions.”[/quote]

Totally played in my head at that moment.

Totally played in my head at that moment.

Much appreciated on the edits, they are rolled up.