Please take a few minutes to complete this survey. Your honest answers are very important, and will assist with the shaping of the guild as it transitions into Cataclysm. Thank you. 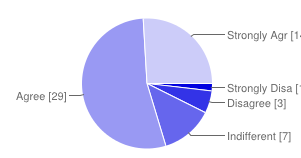 DoD voices its own opinion on the efficacy of Hanzo's changes to the guild.

I felt that Hanzo took the time to hear me out and make an effort to resolve the issue.

I felt that the amount of people in charge beyond Hanzo was:

Maybe “under Hanzo”? I guess style/wording choices matter less here since the questions were already asked as such.

Kinda sucked being told I was duplicitous while I was on the phone with my insurance company about my car getting rear ended - but it has stuck so now I am duplicit.