Wow…the balls! I admired his honesty; the rocks on some players were made of far thicker steel than I could imagine. My itchy trigger finger hovered above the “Remove Member” button in the guild roster. I took a deep breath and remembered the recent events surrounding loot, trying not to let them cloud my judgement. Context. Everyone speaks differently across whispers. Perhaps this wasn’t an admittance of guilt, he’s just acknowledging the events. Rather than play my hand, I kept my cards close to the chest to see what he’d cough up on his own: a technique to extract info from unsuspecting players that’s been met with success in my past. 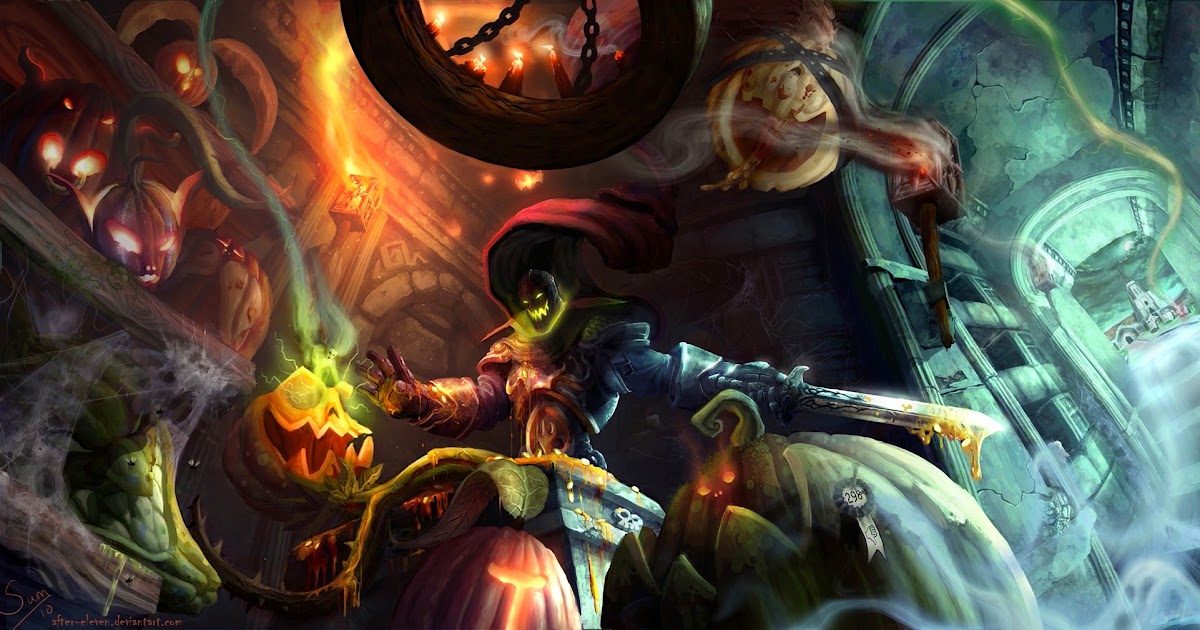 3.52. The Case of the Sinister Squashling

Hanzo retells the origin story of a famous guildy that was nearly removed before having a chance to rise to infamy.

That damn pet! It sure wasn’t having balls I knew I didn’t do anything wrong But I see how things got messed up during whispers

Nestled deep into the northeastern hills

I think this should be “in the northeastern” hills. Into is used for actual motion of something IIRC.

gloomy Tirisfal Glades, it was a low-level dungeon

No change needed just a comment. The Dungeons were from left to right: Graveyard, Cathedral, Armory, Library but difficulty-wise from least to greatest: Graveyard, Library, Armory, Cathedral. If you were just there to do the quest chain “Into the Scarlet Monastery” you didn’t even need to go into the Graveyard and, in fact, the only time I had ever been in that part of the instance was when Halloween came around. You already covered most of this.

There was loot of little importance in this area

This reads backwards to me, how about “There was little loot of importance in this area…”

down on to the rooftops

Since this actually involves the movement of an object it should be “onto” here.

Many completion (myself included) strove to collect pets like these, so the Sinister Squashling could (at times) be as important to a player as the mount.

Completionists. The “myself included” bit could be considered extraneous information that isn’t necessarily related to the topic but “at times” should be used with commas because it modifies the intent of the sentence.

I watched as the Horseman gleefully fire-bombed the town, watching as low-level noobs scrambled to figure out the water-brigade mechanic; a terribly simple point-and-click targeting system allowing them to toss buckets of water on the fire.

Dash all the things! I don’t think “low-level” and “water-brigade” need the dashes here.

finding his way into the 25-Man rotations a number of times; he did respectable damage as a death knight.

This doesn’t need the semicolon and can be a full thought. This whole paragraph was typed up by William Shatner wasn’t it?

Crimes breaking our code of ethics

Rocks made of steel? Madness. How about one of my favorite words: cojones.

Seeing as how left field is actually a place I don’t think you need to define which field as if you were speaking about a location in a field, if that makes sense. No need for the hyphen.

I got a part of the story wrong, currently confirmed by @Fred and @Jungard. I’m going to try to ping @Hells tonight to get the missing pieces back.

Check out this epic spam that someone jammed into the comment of this post. I want to say a bot did it, since the ending makes no sense, but this is the first time I’ve seen a spambot weave contextual lingo into the post:

“I shook my head at the audacity of some players; you could cut the sheer entitlement with a butcher knife. It was as if the game was made for them, and them alone. Apparently the “massive” part of massively multi-online means nothing.”

I laugh at the semi-regular “STOP DPS!!!” pleas on Timeless Island when rares are being killed and someone’s on the way… one of these days I’m actually going to whisper back “Do you seriously think that 150 people have nothing better to do with their time than wait for you to show up?” Biggest thing holding me back is that I’m afraid of the response…

Did you at least follow up with the reporter to give him the real score?

I think he’s referring to the annon dude who whispered you about the problem in the first place, asking if you followed up and told him to eat a dick and all.

I think its less of a bot, and more of a very young person or something.

I’ll agree that the story has little to do with what was quoted, from what I can see but yeah the question was valid, did you tell the guy “reporting” Hells to pound sand cuz he doesn’t know how the roll system works?

This reads backwards to me, how about “There was little loot of importance in this area…”

Rolled this fix in and and amended it further, taking note of your previous observation regarding a lack of a quest chain leading into/through the graveyard.

Completionists. The “myself included” bit could be considered extraneous information that isn’t necessarily related to the topic but “at times” should be used with commas because it modifies the intent of the sentence.

Concur here on both counts, and both fixes rolled up.

Dash all the things! I don’t think “low-level” and “water-brigade” need the dashes here.

Fixed. I think I may know where the heavy em dash strategy is coming from: when I want to turn a noun into a adjective to be used in a WoW idiom:

Maybe qualified with quotation marks rather than a hypen? Unsure about this.

This doesn’t need the semicolon and can be a full thought. This whole paragraph was typed up by William Shatner wasn’t it?

Actually…this was intended. People ran. Birds flew. Crimes broke rules. Yes? No? May have to sick the grammar nazis on to this one. I’m checking with Julie on this.

She rewrote the sentence: “Ethical indiscretions were the most egregious.” I stripped off the rest of my pedestrian prose.

Rocks made of steel? Madness. How about one of my favorite words: cojones.

All remaining fixes rolled up.

Thanks to @Jungard and @Fred, as well as speaking to @Hells again to jog all of our memories, this story (as originally retold) had a fatal flaw in it – I actually did kick Hellspectral out. I’ve modified the story to reflect its accuracy. The changes begin following the sentence:

My itchy trigger finger hovered above the “Remove Member” button in the guild roster.

Feel free to skip down to that sentence and review the updated story.

I think the Timeless Isle story has to do with the “entitled player” point in Shawn’s quote. It pretty much goes hand in hand because nobody’s actually going to be like HOLD THE PRESSES, xXswagBotXx IS STILL ON HIS WAY!!!