The loose ends were still daunting. Omaric had a tendency to get riled up during raids, especially in the face of repeated wipes. He was one of the first players to bring the strategy into question if we were making noticeable progress with each try. Why don’t we do it this way? I don’t understand why we don’t just do this. Why do we have to go through the extra effort of doing these things? It doesn’t seem to make a lot of sense to have people do these things here when they can have their attention focused over there instead. When my raiders challenged the raid leader’s strategy, I was at my most vulnerable. I could do nothing but sit back and watch, hoping the raid leader would give birth to a rational, logical explanation while I pressed my face up against the glass, practicing my breathing exercises. As if that would help the labor at all. 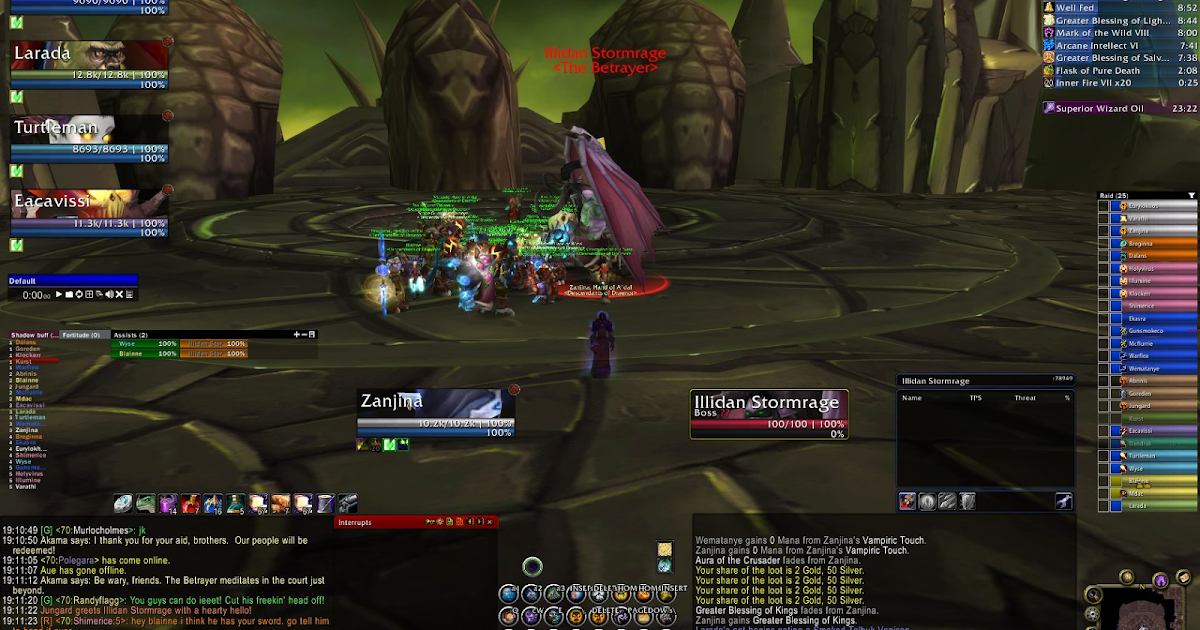 Hanzo weighs the pros and cons of approaching Omaric as Cheeseus' replacement for DoD's next raid leader.

Fun Fact: the title of today’s post is a pop-culture reference to a Gotye song:

I realize you’re new here and still trying to make a name for yourself so I’m going to go out on a limb ask you to be brutally honest with me.

Starts Friday a theater near you.

bring the strategy into question if we were making

Should be “weren’t” as there would be no need to question if it was working.

Perhaps if Omaric was in the role of raid leader, than this issue would be moot.

Change “than” to “then” as this isn’t a greater/lesser comparison.

but close only counts in horseshoes and grenades.

“hand-grenades” is how I’ve always heard it but if you aren’t a fan of the alliteration bit then don’t change it.

The kick rotation was particularly unforgiving yet essential for a win, so any missed interrupt on Vezax’s Searing Flames would spiral the attempt out of control.

Maybe a comma after unforgiving here?

Brundir and Molgeim had both had their moment in the spotlight to be killed last by the 25-Man progression team.

Remove the “had” after Molgeim to help with flow.

Because that isn’t raid leader’s strat

Got these edits in. Also, I’ve amended the intro to the second section, per our discussion, in which I clarify that some time has passed since the initial breakdown of the car, and it is not a flashback.