The melee rotations had seen better days. Tasked for the evening was to continue work on the of the three remaining (and most challenging) of the meta achievements required for Glory of the Icecrown Raider. Tonight, the goal was to knock out Nausea, Indigestion, Heartburn…, an achievement of unparalleled insanity. In order for us to complete the achievement, the abomination wouldn’t be able to slow any of the festering goo that travelled across the room. DPS would need to be at an all time high, and although the fight favorited ranged DPS, DoD’s 25-Man progression team’s melee damage consistently held sway over the ranged.

Which was upsetting, considering the evening’s rotations. 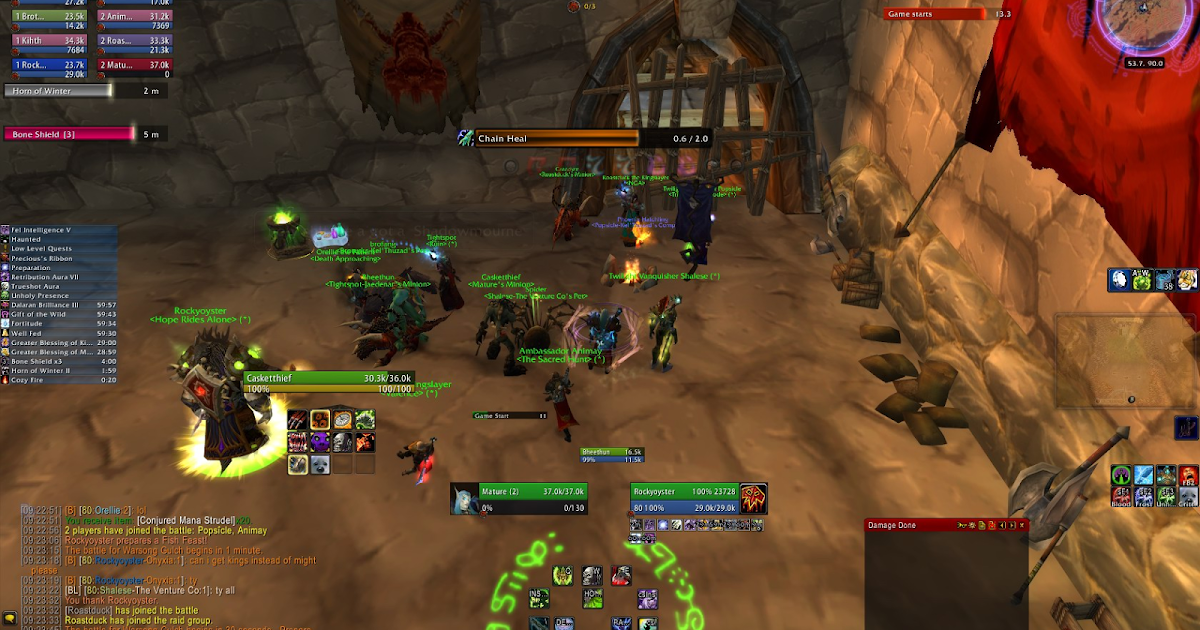 DoD continues to work on meta achievements for Glory of the Icecrown Raider, and a guildy makes a surprise return.

Anonymous? You have his name listed in the pic… Random? Also, that pic is not the standard pop out, sends you to a png page and you have to back out to get back to the blog.

Good catch. Should have been “random”, not “anonymous”. The image insert was busted as well, fixed that.

Sentra commanded all of our attention on to caster

noting that mage’s cooldowns had been all used up

Same deal, missing a preposition ‘a mage’s’ or probably better in this situation ‘the mage’s’

I’m guessing this was two sentences that got combined. I think if you remove ‘drove’ it kind of works but might sound better as ‘…and the eery blue glow of Shadowmourne began to suffocate the mage…’

Ehh…lost my temper on some guy in a bar, knocked his front teeth out.

Sentra’s cool with having his business out in public view huh?

Tasked for the evening

This should probably be ‘The task for the evening…’ ‘Tasked for’ would require a subject such as ‘we were tasked’ or ‘the raid was tasked’ I don’t think it works as a replacement for ‘Scheduled for’ (or you could just use that).

consistently held sway over the ranged.
Which was upsetting, considering the evening’s rotations.

You might want to go with:
"consistently held sway over the ranged…

…which was upsetting, considering the evening’s rotations."

I see what you are getting at but the formatting as it is currently looks more like a fragment with the hard stop.

that was what tied up all the loose ends.

This bit is too wordy and clunky, if you remove ‘was what’ it reads smoother.

Sentra’s cool with having his business out in public view huh?

Wouldn’t know. Didn’t ask his permission. He’s free to deny it if he wishes. I don’t really feel it’s necessary to prove at his expense, but I suppose if push came to shove, I could supply a link to the arrest record, which is publicly accessible, thereby tying his in-game persona to a real identity. My feeling is he probably wouldn’t be terribly happy about that, but…up to him.