After only a few attempts, a blood curdling scream filled our
headphones, and the cursed titan watcher fell over dead, the screen
flashing with “Heroic: The Antechamber of Ulduar”. At the end of the
second week, we were half-way through Ulduar, and had yet to come
across anything even remotely considered a roadblock. Yet the nerfs
continued to roll in. By the start of the third week, every boss we’d
defeated had been nerfed, save Flame Leviathan. Two of them, the
Assembly and Kologarn, had been nerfed twice. To many of the raiders,
it was a serious boost to their ego. All I could think was: we’re
good, but c’mon…were we really that good?

Or was it that the rest of the player-base was really that bad? 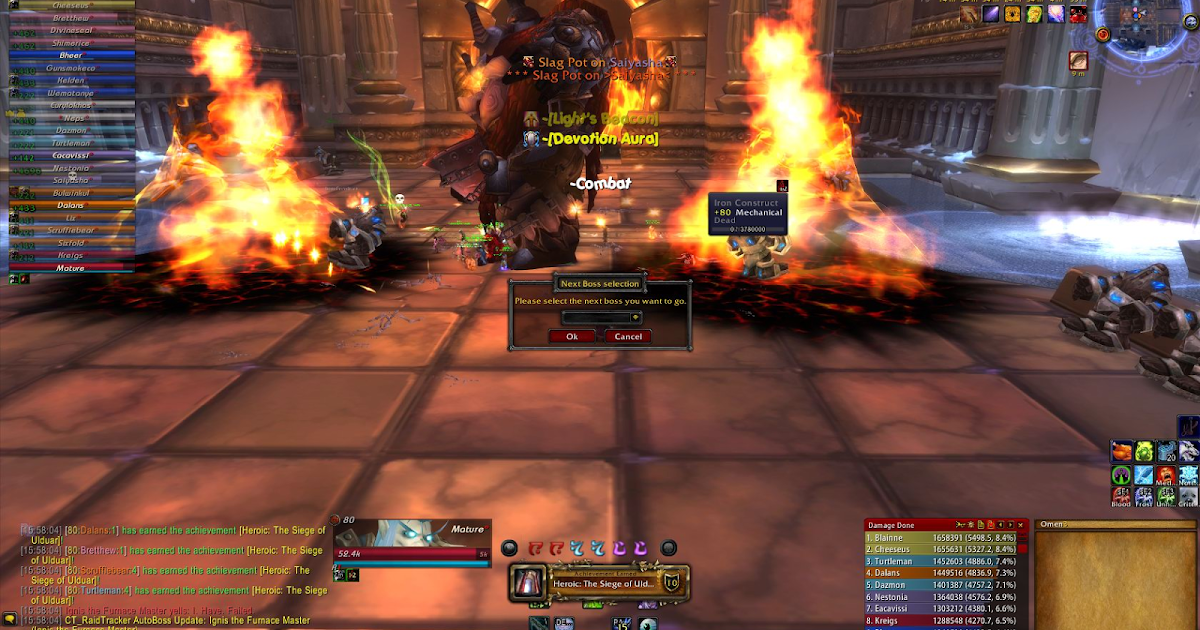 Hanzo struggles with the concept that Ulduar is difficult in the face of constant nerfs, and begins to understand how overpowered Death Knights are.

seemed as thought it were a bad dream

flashed on our screen

I know you and Ater were sharing a fart choked screen but for the rest of us we all had our own; should be “screens”

Even I had trouble remembering some of those events, now

Why does this need a comma? I read that as one whole thought with no pause. If you really want the dramatic pause, you could bump it to the next sentence “Now, my attention…”

To many of the raiders, it was a serious boost to their ego.

I read this wrong thinking “too many” but the read the rest of the sentence. It might be a bit less confusing if you go with “For many of the raiders…”

two Iron Constructs to be exploded within fives seconds

I think he means the nerfs were applied to the bosses we previously killed, not to two of them.

I had to stop reading about part way through to answer some ridiculous Exchange questions so I probably misread it.