Careless players met a quick and painful death by stepping on ejected mines. A rocket strike here. A frost bomb there. A few seconds late in rotating around the boss, getting caught in a laser barrage as a result. Then, it was the long run back. Half the time was spent perfecting the art of returning to Mimiron’s room quickly, buffing, preparing for another pull. How many more attempts could we fit in? An hour ticked away. Then another. And another.

Phase four continued to devolve into a pyromaniac’s wet dream. 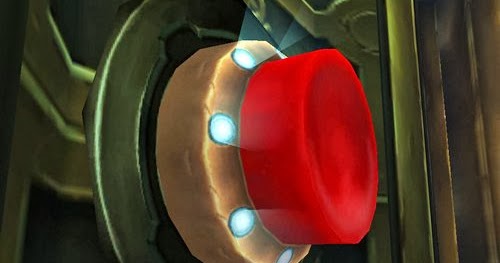 Descendants of Draenor wraps up Glory of the Ulduar Raider (25 Player) with the completion of the final meta, Firefighter.

Either it is my diseased mind, infected from looking at DFS and FTP errors all day, or there truly aren’t any corrections needed in this post. It took me longer than it should have to associate Jungard directing raid traffic with you being a driver but it works.

The only thing I’d mention is that you had said you don’t want blog posts to devolve into a description of the boss tactics/strategy but with this being the zenith of the entire dungeon I don’t think it matters much.

Maybe I am getting my shit together.

Naw, its more likely dalans fucked up than you didn’t.

I skipped over most of the boss description stuff, eyes started to glaze over a bit there. Otherwise was a good read!

This SOB didn’t even read and telling me I fucked up?