I’d scan blog posts from guilds throughout that final year of WotLK, chock full of frustrated guild leaders. Months of work wasted on bosses like…Freya?? Sartharion?? It was true. While Descendants of Draenor buckled in to begin work on our first kill of 25-Man Lich King (normal!), there were still guilds that hadn’t yet completed Naxxramas.

Even though I felt confident that Blizzard had reached exactly the right balance in Wrath, the overwhelming majority continued to prove me wrong. 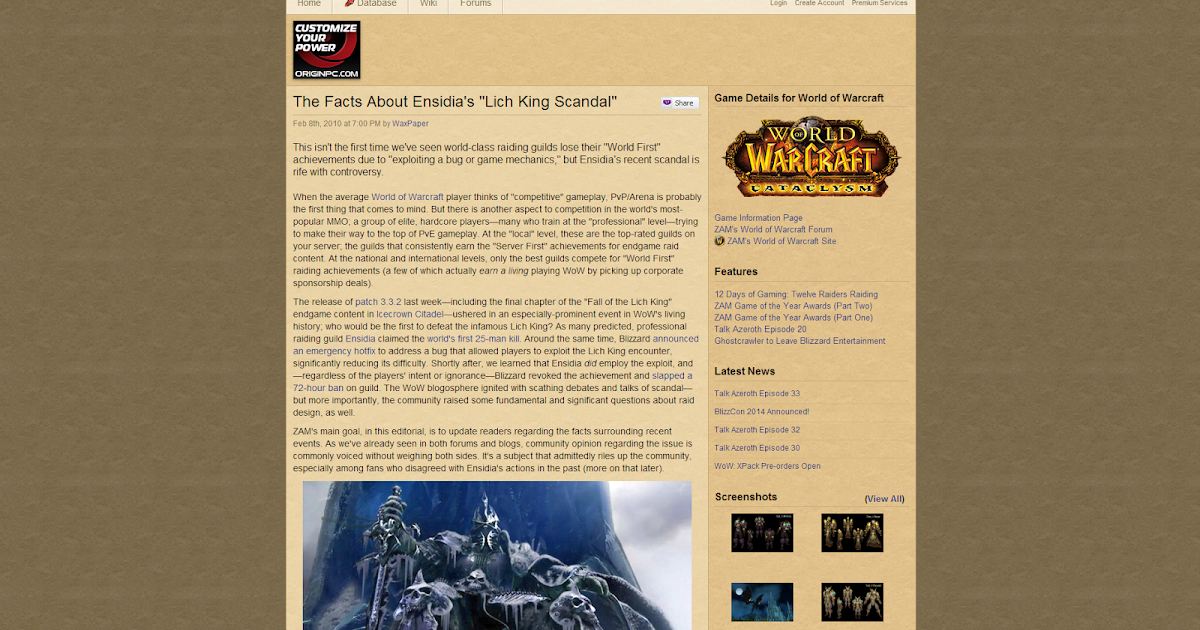 while Mangetsu’s Seeds of Corruption flew past Mature’s shoulders, igniting the Spirits behind me.

kinda weird, as you have control of your toon again. “my shoulders”? Especially since you follow it up with “igniting the Spirits behind me.”

The first image is less of an opinion and more explaining the world first kill.

Change ‘held’ to ‘had’ just for redundancy’s sake.

I know you are using past tense here but the sentence reads the same with one less ‘had’ and reads a bit less awkward maybe? Up to you.

so the only way to do master them

healers instinctively wanted to cleans the disease away

During this transition, Remorseless Winter was not the only thing that raged. Raging Spirits would spawn

Tanks needed to move quickly, picking them up and positioning them as to not cause additional strain to the healers, while DPS burned the spirits away as fast as possible.

‘Tanks needed to move quickly in positioning them as to not cause…’ Less is more.

The melee and tanks off to the far edge of the platform away from me.

Ok, did they do something? There’s no action in this sentence, reads like a fragment.

All other changes good and rolled up.