Tanking had its place, but I knew the full effect it had on the
player, that lack of glory, the inability to come out of a raid with
any quantifiable performance. The success of a tank wasn’t gauged in
multicolored flavors of damage; it was a cruel world of simply being
alive or dead. It was the stale carrot cake you pulled from the back
of the refrigerator, as a nice gesture to guests, long after all the
ice cream was gone. It often left you hungry while others stuffed
their faces. So I smiled politely and thanked the hosts for their
generosity; I ate the cake and lied. Oh no, no this is fine. You go
ahead with your sundae. This will be enough for me. 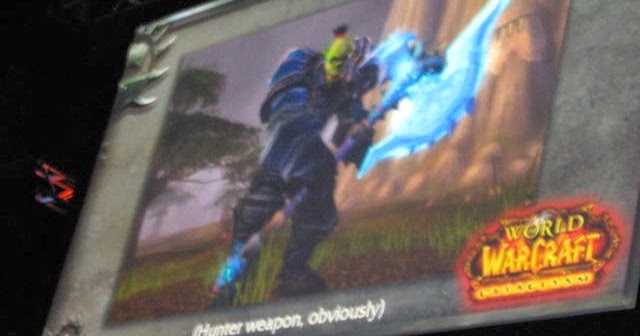 Descendants of Draenor completes Trial of the Crusader, and Hanzo sets upon the task of deciding who gets the next legendary.

“had to be scrutinized.”

Quite possibly first in line to craft this legendary axe…had it not been for the turn of events that were about to be set into motion. A small stone was about to be cast into a lake by a guild member, causing ripples to grow, encompassing the roster, leadership…even me. Ripples that would ultimately lead Sir Klocker to be the guild’s third bearer of Shadowmourne, rather than the first.

The tense is off on this. I don’t know if there are any rules about speaking about prior events that allude to things after that point but still before the present and what tense you should use but this sounds off.
“Klocker might have been the first in line to craft this legendary axe were it not for a series of events that had been set in motion. A small stone was cast into a lake by a guild member that caused a ripple effect to encompass the roster, the leadership…even me. Those ripples would ultimately lead Sir Klocker to be the guild’s third bearer of Shadowmourne, rather than the first.”

I stood at the base of enormous Magnataur

I’d held the role of tank for these many months in Wrath and had enjoyed its benefits. Quick to gear up, as competition against loot was minimal.

Should be one complete sentence/thought.

Always a guild need for a tank in a 5-Man, particularly a heroic one.

I’d change this to “There was always…”

So many jokes, so little time…

if but only for a single moment.

created an invisible line that players could not cross

It wasn’t invisible, I distinctly remember a “Tremors” like effect if you will accompanied by spikes that tracked Anub’s target. You don’t have to mention this though unless you can fit it in easily.

The healers had to resist every instinctive urge to spam heals and top the raid off, for overhealing the raid caused Anub’arak health leech to offset our damage.

This was mega confusing and I had to read it a couple times and only when I was about to make a correction did I realize the mechanics (good thing I was DPS/tank by this point because I completely blanked on this strategy bullet point). How about:
“The healers had to resist the urge to try and top off the raid as that would cause Anub’arak’s health leech to heal far more than we could output in damage.”

This one is tough. Remove the interruption, and the sentence (with your correction) now reads:

I’m not sure how to handle this without further research.

The tense is off on this.

So many jokes, so little time…

Rephrased for the three-year old editor.

Struck the best of both worlds. Try that.

About the was/were gone, I think because you are including multiple objects, he and his materials regardless of it being separated by a pause it should be were. NBD in the grand scheme of things.

A small stone was about to be cast into a lake

How about “A stone would soon be…” just to break up the were about/was about in these two sentences?

And you didn’t have to change the cheeky breeze thing, I was just breaking your balls.

Tweaked the tense further. I also didn’t like the title, and am especially OCD about the titles, so I changed it again.