It was an extremely important design which, for the first time in WoW’s history, truly gave both the casuals and the hardcores a chance to consume content at each’s own respective pace. Building upon what they had learned with previous tiers, coupled with the Emblem of Triumph currency which adequately augmented gear for new and seasoned players alike, tier 10 stood to provide the widest level of accessibility to raiding that we had ever seen. At the same time, tier 10 retained the integrity of risk vs. reward, an important measurable incentive to both social gaming classes.

So, is it any wonder that its criticism remained intact? 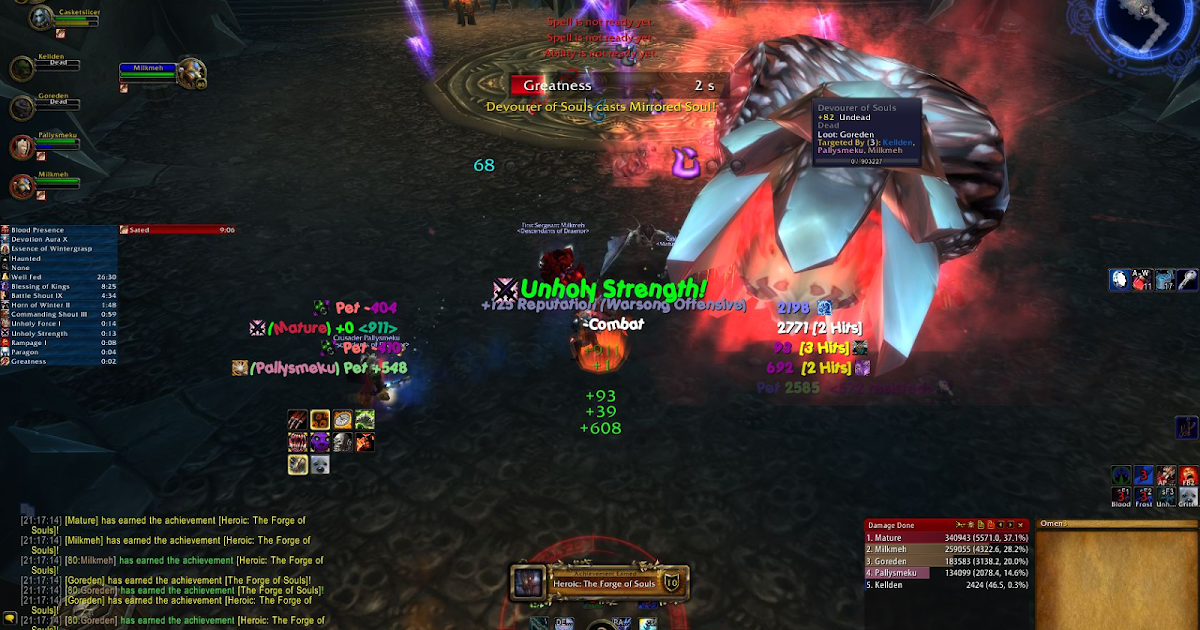 Patch 3.3 launches, and Hanzo reflects on its oft overlooked and under-credited changes.

see it through gained fat bonuses of “Emblem of Triumph”

Change fat. If they were something unique, use unique, or if you could gain them another way, maybe additional.

I stood firm on my advocation that everyone should get a chance to experience content, and LFD brought this to table in a grand feast, but not everyone saw it in the same light.

was a plaque building up in our teams’ arteries

a plaque? If you mention mouthbreathers can you make it plaque on teeth, or is there a better way of making your analogy?

Is this needed as a paragraph break? Doesn’t seem consistent with how you normally write.

Once all the wings had been unlocked, ICC would then provide a raid buff, not unlike the LFD buff granted to wipes mentioned earlier. Following a similar schedule which unlocked the wings, the raid wide buff would grow from 5% to 10%, then to 15%, eventually ending at a final 20% bonus to health, damage, and healing

Misleading, from what I recall. You’re saying it’s like LFD, but LFD increases every time you wipe, whereas, and again from what I remember and not having played at the time, the 5, 10, 15, etc % increases would come at a specific time and they would be there permanently

nit pick - if you buy more months together, price drops. Do we need the dollar value in there? assuming this goes to a book type thing, it will eventually lose it’s value as a currency anyways, due to inflation?

How about changing this to something like ‘stone curse’ just cuz you used immobilization earlier.

a dungeon instance shielded me from the such travesties.

struggled to form groups to clear the likes of Scholomance

Change ‘struggled’ to ‘toiled’ or something just to change it up a bit (lots of struggle/struggled).

This is a bit out of place but I figured I mention it: I’m guessing there will be a mood change on the whole subject of homogenization because this latest post seems as though you are all for LFD/LFG and the upgrades via tokens etc. Do you point out in a later post where that attitude changes?

Because they aren’t physically doing something in this instance I believe it should be ‘in to’.

Sorry for the late read, work sucked balls this week.

Sorry for the late read, work sucked balls this week.

Nah, you’re good. Thanks for getting to it.

Do you point out in a later post where that attitude changes?

Oh, I intend to. I want to convey to the readership that Wrath really delivered that healthy balance they strove to achieve for so long…but when Cataclysm showed up, they unnecessarily pushed it further, and things fell apart as a result.

Change fat. If they were something unique, use unique, or if you could gain them another way, maybe additional.

If you mention mouthbreathers can you make it plaque on teeth

One has nothing to do with the other – you’re making a poor name for us Canadians: http://en.wikipedia.org/wiki/Atheromatous_plaque

Is this needed as a paragraph break?

It’s more than a paragraph break; if you’ve been following along, I’ve used the horizontal rule to divide a change in setting when it happens in between the typical 3x3 stanza style I’ve been trying to adhere to in the blog.

Are you saying that my description of how the buff was applied:

Following a similar schedule which unlocked the wings

is still not enough?

if you buy more months together, price drops

You’re right…it is a nit pick.

The price is irrelevant in this sentence. What’s relevant is that Blizzard is re-evaluating what a paying customer deserves to get.

I’ve rolled the rest of your edits up. Great comments!

One has nothing to do with the other – you’re making a poor name for us Canadians: http://en.wikipedia.org/wiki/Atheromatous_plaque

That’s entirely my point -.- YOU mention mouthbreathers, then refer to plaque in veins, and allude to a clot (if memory serves, dont have time to reread blog atm). As plaque can be build up on both the teeth, or the build up in veins, perhaps you should not use mouthbreathers, or change your analogy to suit a mouth.

That’s what I’m getting at.

Are you saying that my description of how the buff was applied:

You earlier mentioned LFD and said every time you wiped you got a power boost. From what I recall, the raid was gates, and just like that timing, they also gave out 5, 10, 15% buffs to everyone at specific times. I guess you do have it in there, I just do like how the previous sentence you mention LFD, which has a similar buff, but completely different in application.

It’s more than a paragraph break; if you’ve been following along, I’ve used the horizontal rule to divide a change in setting when it happens in between the typical 3x3 stanza style I’ve been trying to adhere to in the blog.

IIRC, you use pictures for those breaks. I can look into it again if Im just confused

The price is irrelevant in this sentence.

That’s what I’m getting at.

I hear you, but mouthbreathers is a slang term for idiots, and its only coincidental that next metaphor I use has application in both mouth and cardiovascular contexts.

I’ll give it thought.

They are the same in that both groups get stronger from a buff.
They are different in that one gains the buff from wiping, while the other gains it over an unlock schedule similar to the wing unlock schedule.

Part of me wants to rewrite simply because it’s confused you thus far, and part of me doesn’t get why, after two times of outlining, you’ve missed how I’ve outlined it.

IIRC, you use pictures for those breaks

Yep, I absolutely try to use the picture divider as a means of shifting the reader’s focus, but in some blog posts, it doesn’t work out this way, as some “chunks” end up larger/smaller than the standard 3x3 stanza size. Here some recent other examples of it:

…and here’s the first time I did it:

I dunno, I didn’t have any issues understanding the metaphors or the 25 man/LFD buffs. I don’t think we should homogenize the blog for those less skilled readers. /snicker