I reviewed my achievement panel and surveyed all the birds we killed
with that weekend’s single raiding stone. And as I looked closely at
the golden bars, scrolling back and forth between those newly added,
and those which had been in the game at Wrath’s launch, something
subtle appeared there. Something nearly unnoticeable and easily
dismissed as a cosmetic change. Something that I wouldn’t give any
concern to – nor would anyone else, yet would ultimately set the
stage for something much bigger than any of us could predict. And its
nearly microscopic tentacles had sprouted, lying in wait to embrace
our subconscious.

The subconscious mind is a fickle thing. 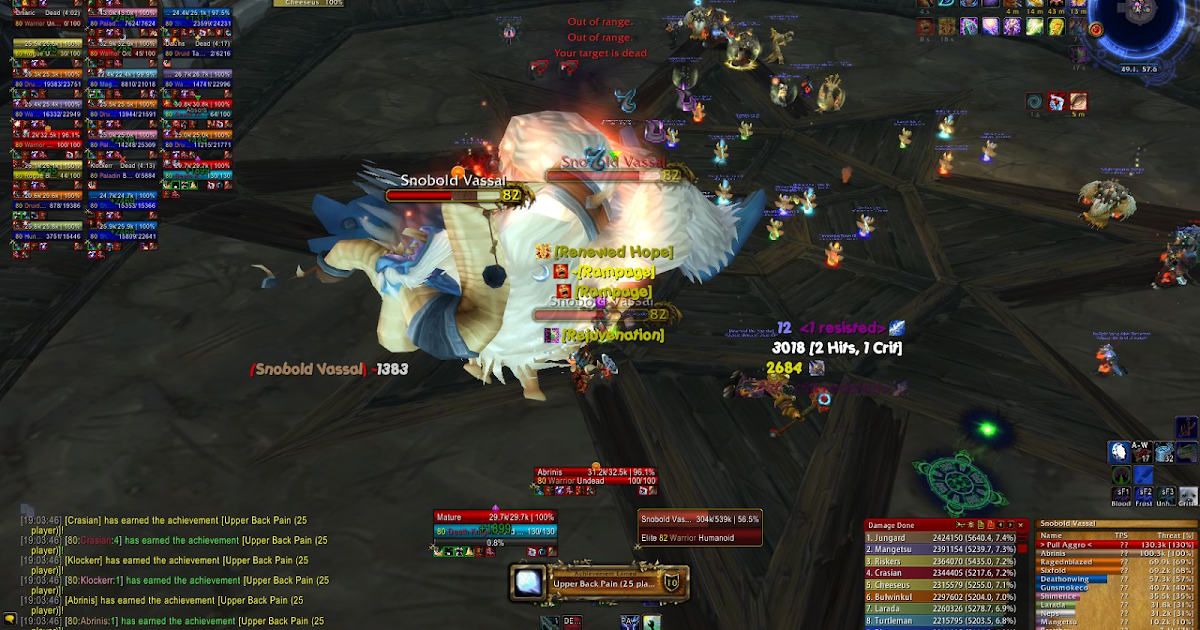 Descendants of Draenor begins 25-Man Trial of the Crusader, while continuing to close the gap on the Iron Bound Proto-Drake.

My blood pressure dropped as images of being stranded where overwritten by boss strategies.

Fred was nervous at the wheel behind the Light

I made it a personal mission of mine to work with people and mediate their issue, be flexible with their schedule, encourage them to learn and grow as a contributing member.

but it were so, I don’t recall

I’m assuming you are going with “but if it were so…” here as that’s all I can think of that fits.

New content was a life-blood something everyone loved, but the Iron Bound Proto Drake still dangled on the stick in front of us.

I can’t believe this but I’m actually telling you to add a comma (after "life-blood).

I can’t believe this but I’m actually telling you to add a comma (after "life-blood).

Also ‘straightforward’ was misspelled. Fixed that.

left hand one key askew of the home row