There was definitely some interest in what we had to offer, but it wasn’t as overwhelming as the nearly daily apps that filled my inbox during Wrath. Apps that did arrive were oddly familiar. I began seeing reflections of the past in my newest recruits, and caught myself comparing them to players from DoD’s youth. 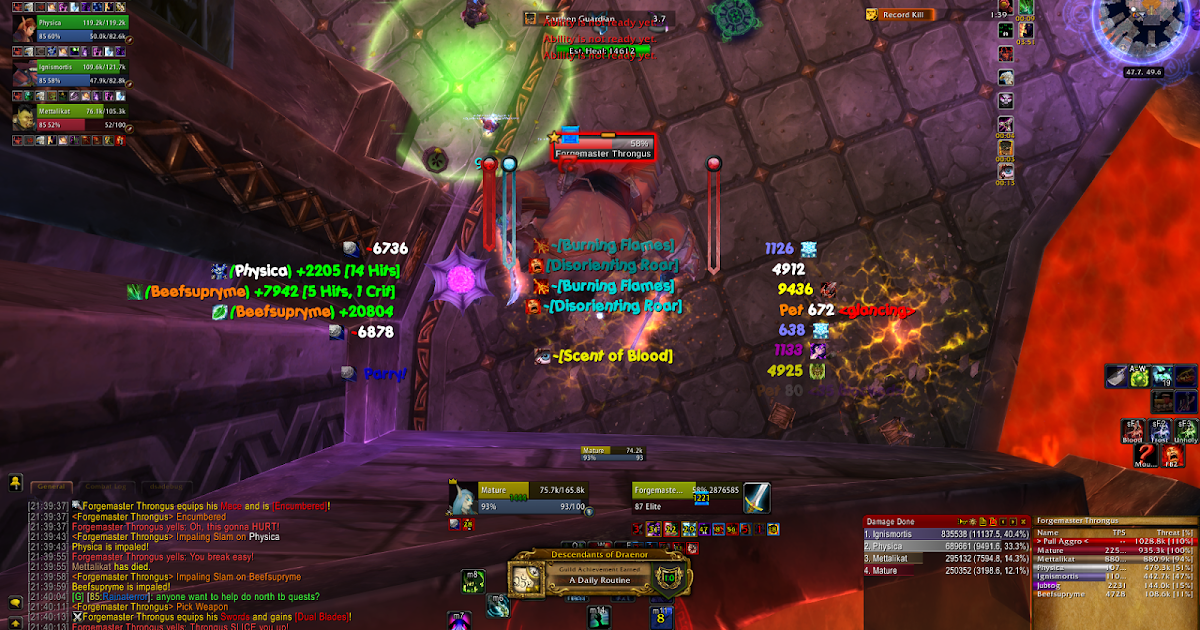 Hanzo reviews the newest recruits, as well as returning faces, in preparation for Cataclysm raids.

Should this have commas or “sell-sell-sell” since it is a concept type thing?

Reads awkwardly, how about “He wanted an opportunity to raid competitively three days a week or fewer”

Ignis was charming, dedicated, and well-played; by recruiting him, I essentially gained a second Goldenrod – and I was completely fine with that.

His story was like so many that applied to DoD – he pushed past the boundaries of his former guilds, excelling where they fell short.

I would go with a colon here because you are giving an example rather than trying to emphasize.

Both McFlurrie and Littlebear were open to innovation and new tactics, neither balked at a lesson in their class, which nearly the entirety of the WoW community is known to not do well.

Split these into two sentences at “…tactics. Neither…”

After a warrior and druid

Bullshark felt the call of the Hunter’s lost mana pool

Sarge was pro-DoD, which meant he was anti-everything else, and I was fine with that – especially if a few Alliance bit the dust in an unfortunate crossing of paths.

This post is now titled Em Dash Part 2 Electric Boogaloo. Either swap this one with a comma or go back to the previous sentence and get rid of “-- through” and start a new sentence at “I suspect it…”

Whenever she opted to confide her frustrations with me, it was merited; Fal didn’t just complain about anything and everything – she only got frustrated with idiocy.

Gah, more?! Em dash for emphasis and italics??? Dogs and cats living together!!! How about "Whenever she opted to confide her frustrations with me, it was merited. Fal didn’t just complain about anything and everything, she only got frustrated with idiocy.

Rolled up. I can tell this one was a tad more raw than others, based on all the em-dash edits.