The princess was a gear check, a skill check, a discipline check, and
a communications check – in short, she was a real litmus test of our
ability as progression raid team in Ahn’Qiraj. Making it up to Huhu
was a walk in the park; it was well-known that less progressed raid
teams were starting to clear Skeram through Fankriss. Making it past
her would be another opportunity to define us. 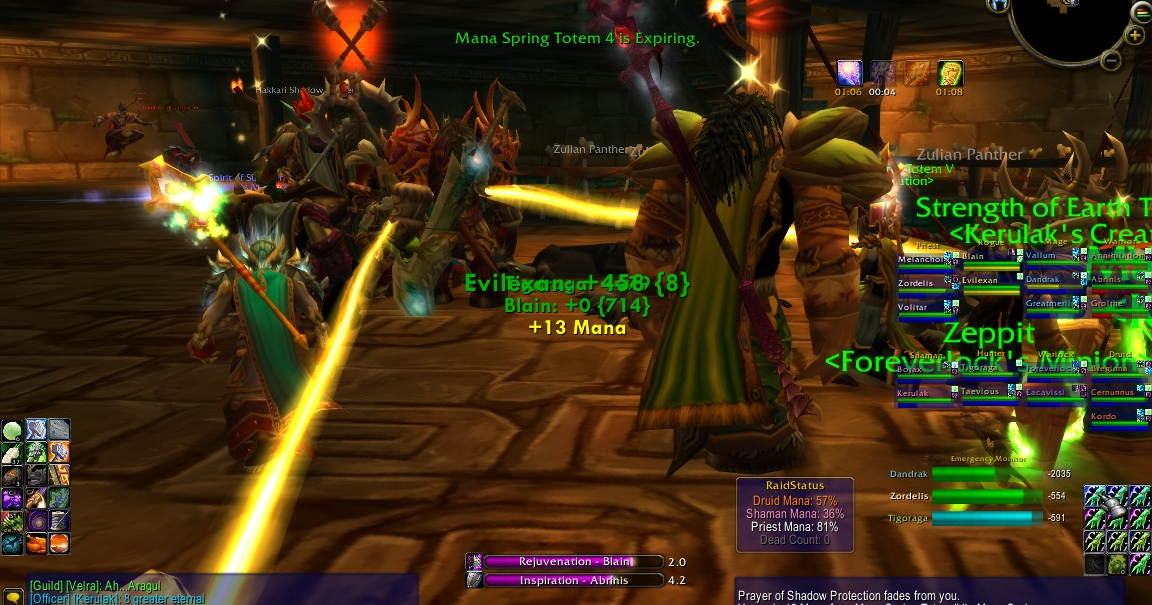 With the raid complaining about RDX, Hanzo and the 40-Man raid team work their way towards Princess Huhuran.

Speaking aloud in to Ventrilo would have no effect.

perform abilities not essentially to their damage rotation

the management of threat rested solely of skill of the tank

“the management of threat rested solely on the skill…”

Anni’s reaction to RDX was priceless. I can hear it now clear as day, hahaha. Also I learned about the brain’s nervous system or nerves outside of it today so thanks for that.

Maybe add a link or something for “litmus test”? Seems to be an american political thing, and we’re not all dirty americans

If it’s a normal political thing, then some of us are just backwards Canadians who don’t give a shit about politics

The only litmus test I know of is the one from science class to find whether something was acid or base. In this context it is really only used to represent that Huhu was a pass or fail type of thing in regards to how easily we could progress.

Dalans got it. So, you basically didn’t pay attention at all during High School science class, Cheese. Nice work!

In your defense, I did litmus tests in Chemistry 11, which we had to take; Chem 12 was optional. Maybe your curriculum in Alberta wasn’t as in-depth as ours in B.C.

But for the record, litmus test is a well-known analogy for pass/fail. So, now you know…

she was a real litmus test of our ability as progression raid team in
Ahn’Qiraj.

The task at hand was those with the highest nature

was that those with

Yeah my science was in french, so I’m not sure what the term they used. Chances are also that I did not pay attention, or attend. I saw the acid base thing, but didn’t think you were using it in that context. That’ll teach me.