The raid dispersed amid congratulations on a job well done, and reminders to get signed-up for next week’s run. As the raid dismantled, a whisper caught my attention.

[From: Bheer] You and the officers have a few moments to chat in vent?

[To: Bheer] Of course! Will ping them and drag you in.

I shot a message into officer chat, calling whomever was available. Blain, Sir Klocker, Neps, and Jungard answered the call, joining us in the private vent channel. 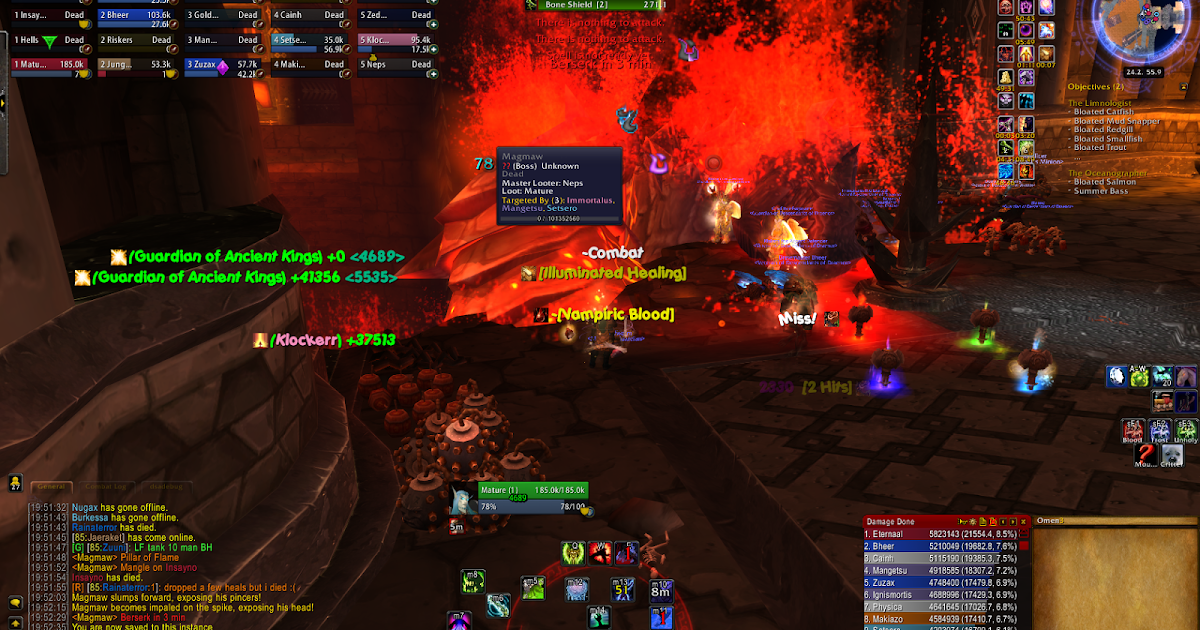 The 25-Man progression team suffers its first blow at the conclusion of week one in Blackwing Descent.

Should this be possessive? Is the word “aberrations”? I’m unfamiliar with the fights at this point so I’m at a bit of a loss as to what is being controlled.

Atramedes sent out sonically charged discs, attempt to locate us by sound.

“…which attempted to locate…”

Change “because” to “became”

The raid dispersed amid congratulations on a job well done, and reminders

Remove the comma here after “done”. The pause is actually confusing and hinders connecting “amid congratulations” and “reminders”.

Well, thank you very fucking much for bestowing me with your presence.

Holy jesus I hate you. Haven’t started reading yet, had to make sure my shit wasn’t on fire because god damn.

It looks all jacked up, like you wrote it out in a few different places they copy/paste’d it in. Some of it is light gray, some black. Its also a different font style then you typically use, smaller and harder to read IMO,

Change “because” to “became”

I fixed this, then realized I switch tense for a quick pov shift, the clue here being It’s -> It is, vs. It was. Using that logic, I switched became to becomes.

All others rolled up.

Yeah, sorry about that. Not sure what happened, but the font is cleaned up as well.