But the biggest troll of all came to how Nefarian messed with Electron’s Lightning Conductor. Raid mechanics are easy to deal with when they come in the form of extremes. Move here. Don’t move. Do damage to this thing. Stop doing damage. Leave the group. Stay in the group. The evolution of a junior group of raiders to that of a senior group is in mastering these simple concepts. But, just as it is with people management (not very black-and-white), raid mechanics become extraordinarily complex when they devolve from extremes to blurry, gray areas.

Move away from the group…but not too far. 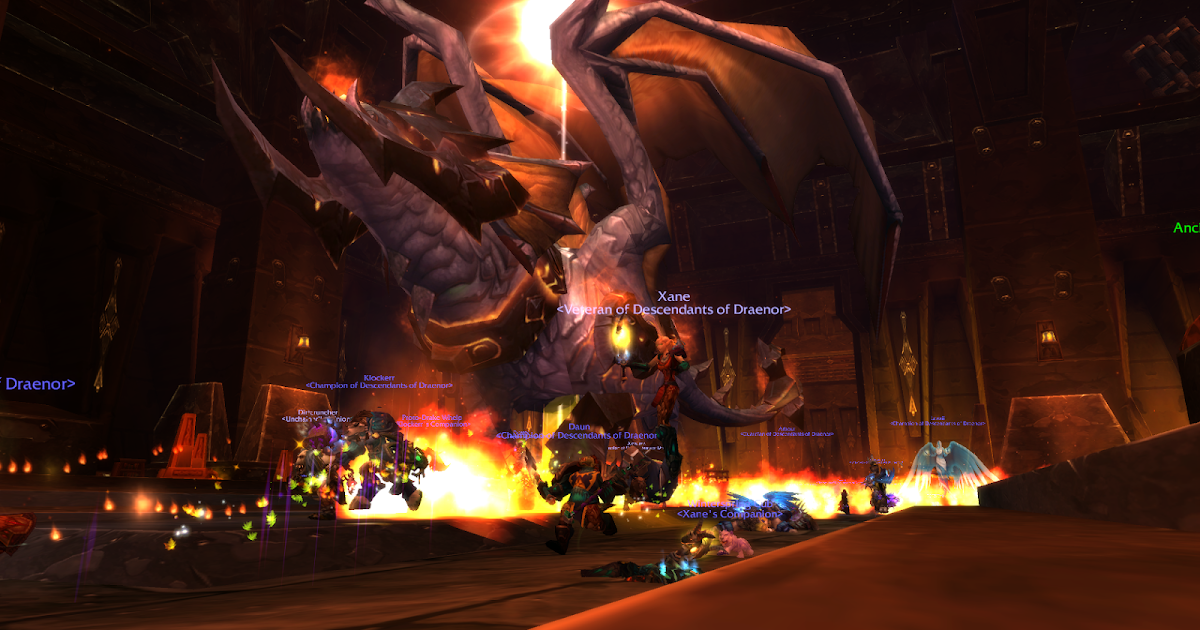 In the remaining weeks before Patch 4.2, DoD makes a final push to tie up loose ends.

Each tron had a two offensive (one AoE, one single-target) abilities

Since this is speaking about Arcanotron, Electron, Magmatron and Toxitron, it should be Tron (similar to Droid as in Androids) or maybe “-tron” speaking of a group of them with different affixes (this shows up in a few other places).

Maybe “boss encounter” since multiple adversaries? But this is picking nits…

remember his own 10-Man experience

What did they do slowly? Rated? Generated? Radiated, maybe?

Patches of ice and freezing wind threatened to stack debuffs on players and prevent them from moving…and were dealt with by having the DPS groups switch bosses as needed.

Needs a slight re-write for redundancy with previous sentence: “Patches of ice and freezing wind caused debuffs to stack on players and prevent them from moving…this was countered by having the DPS groups switch bosses.”

In phase, we stood at equidistant positions

What did they do slowly? Rated? Generated? Radiated, maybe?

All other edits rolled up.