For weeks it bore down on my shoulders, yet I still had time to show up to raids. Every Friday, every Sunday. Like clockwork, I was online and overseeing invites, ensuring spots were filled on time and by-the-book. I kept it together, because the 25 was the life blood of the guild, and no amount of inconveniences IRL were going to put a stop to that. I kept it together because it mattered.

But I wasn’t coming out unscathed. 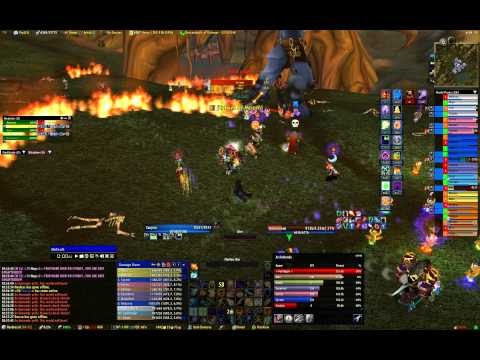 As DoD begins work on the final encounter in Blackwing Descent, a new wrench gets thrown into Hanzo's schedule.

This a reference or should it be Reality?

He waved his hand in a motion of comfort, "Aaaah, it’ll be fiiiiiiiiiiiiine."
I about lost it on the drive home.

Also a woosh for me if a reference to something.

Fear kept me at job for six years

and tried to focus the biggest problems facing the guild

“tried to focus on the biggest”

flashbacks to those first TBC raid I thrust Zanjina into.

Sorry for the late read/edit.

This a reference or should it be Reality?

It’s an inside joke. Dave uses this phrase to describe a situation, but removes the pronoun.

Also a woosh for me if a reference to something.

This is also an inside joke, but to be perfectly honest, the reader should be able to figure this out. We’ve all just lost our jobs. He says this to diminish the stress/severity of the situation.

I suppose if you really want to get nerdy about this, from a grammatical perspective, it’s the tense of the verb To Raise that should dictate the state of undeath the creatures are in.

“Would raise an army…” implies that, currently, they are not raised…which would mean that at this precise moment in the story, they are 100% dead.

Once raised, however, they could (should?) potentially be referred to as undead.