I needed pragmatism now. I needed folks to be the pillars of DoD by marching forth with solutions, not long diatribes on how Blizzard’s great conspiracy is to rob people of their money or their privacy. That meant calling upon anyone in the guild that could act as the best and brightest of us, reinforcing what it means to be in DoD. That you give a shit. That you’re not looking to make excuses. Let’s all be on the same page.

And if players like Drecca chose to invoke my name to add some punch to that reinforcement, so be it. 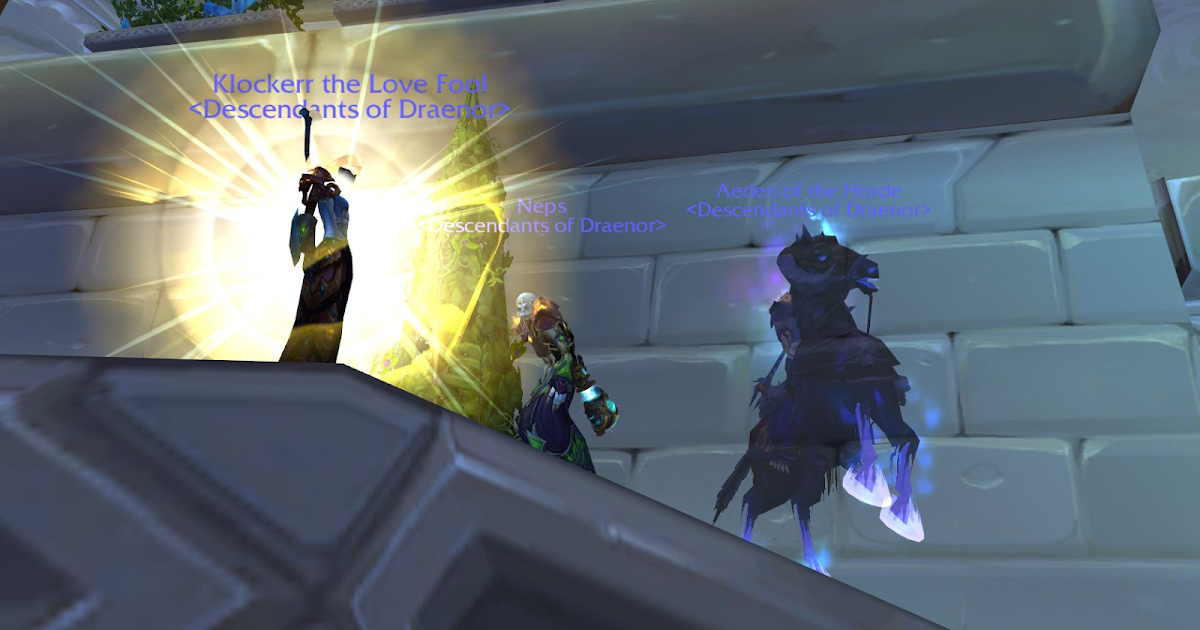 Hanzo suspects that 10-Man teams will not live harmoniously with the 25, and contemplates removing them from DoD.

were to something horrific happen to the lock.

Remove the first “to”

That’s the only error I could find.

Remove the first “to”

Rephrased it slightly, thanks for this.

I’ve also been informed via Neps that there was an accuracy error in this post and it has been rectified:

Beyond his participation in both progression and Alt-25, the paladin answered Neps’ call in joining up with a group of similar hardcore folk. Neps’ challenge: roll Alliance alts, and with BoA gear, grind them up to 80 and knock out ICC again. And so with names like Phame, Moolickalot, Fishee, Sarge and others, Team BoA Alliance wrecked the Lich King by bringing three bloodlusts. In Drecca’s words, it was an “undeniably pro strategy.” It was fair to say I was colored impressed:

Drecca held the limelight so well, I wasn’t even aware that Neps was the one responsible for the idea.